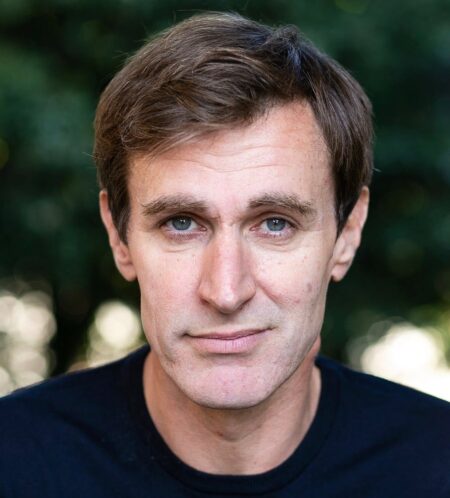 On Sunday 24 a rare multi-voice performance of The Waste Land by T.S Eliot comes to Jermyn Street Theatre to mark the centenary of the last century’s greatest poem. We spoke to the director John Sackville about the journey to bring Eliot’s modernist masterpiece to the stage:

JS: “About 20 years ago it struck me that the dream-like, or nightmarish, chorus of voices that inhabit T.S.Eliot’s The Waste Land might work well as a kind of poly-vocal drama.

It wasn’t a coincidence, after all, that the poet’s original title for his most memorable work was lifted from Dickens’ Our Mutual Friend, in which Betty Higden talks fondly of her adopted child: “You mightn’t think it, but Sloppy is a beautiful reader of a newspaper. He do the Police in different voices.”

And Eliot’s own kaleidoscope of sound, (non)sense, mythology, wit, spiritual yearning, heartfelt fury and sexual and romantic disarray, to choose but one potential list of qualities, certainly caught the mood of a world which was defining itself, perhaps for the first time, as quintessentially “modern”. As modern as the war – the “Great War”, as they called it then – that had shaken its foundations with such savagery. As he said himself earlier in “Gerontion”, a poem that immediately pre-figured this more major work: “After such knowledge, what forgiveness?” Not only that, but what would now be the best way to express the disorientation of his age?

The RSC Fringe Festival, an array of events conjured up by the company once the main house shows were up and running, seemed as good a place as any to explore this idea. I just had to get permission. Although it might have been sensible to write the adaptation after this had been granted. But it had been a sort of literary crime passionnel, undertaken for the sheer joy of it – and perhaps this gave it the momentum required.

A hopeful letter was sent to the Eliot Estate to see if the rights would be granted. Not straightforward. With good reason, the writer had been highly protective of his work being thrust into the realm of interpretation – at least interpretation that was then presented as fact. He was always keen for the reader to have an unhindered connection with the original text. Consider his response to the undergraduate who asked him once, of “Ash- Wednesday”, ‘Mr Eliot – what do you mean by “Lady, three white leopards sat under a juniper-tree”? To which the poet responded, decisively – “I mean, “Lady, three white leopards sat under a juniper tree”. He was making the point that it was entirely up to him – the reader.

The response from the Estate, in effect, was that as long as we didn’t learn it and move about the stage that would be fine. Despite this being fairly counter-intuitive for an actor, I didn’t care. It was a generous offer. I had the chance to do a reading, to do our own kind of Police in different voices.

At midnight, in a derelict dance hall at the bottom of a damp alley in Stratford near the river, with the audience sitting on the floor in the centre of the room and the harsh glare of a huge lamp hanging over them, surrounded by the five of us stood on pedestals, our faces only half lit by the spill of the light, we launched into our exploratory reading. And the shimmering, elusive, poignant narrative of memory and desire did its work.

Fast-forward exactly 20 years – almost to the day – and I was sitting on the sofa at T.S.Eliot’s old flat in Kensington, describing plans for an actual staging of a redrafted version with Clare Reihill, who had succeeded Tom’s second wife Valerie as executor of the rights for the poet’s work. Once again, it was hard to say if the Estate would be comfortable with taking the piece to “second base”, as it were. Just in case I wasn’t wholly convincing, with my sketches of stage designs and plethora of ideas, I’d taken the liberty (that was sort of how it felt) of buying truffles and gerberas at the M & S by High Street Kensington tube. Which somehow felt a bit Prufrockish. But I like to think I needn’t have worried. We had a very positive conversation. And to have it in the room where the man himself had entertained guests in former years gave it an added piquancy. 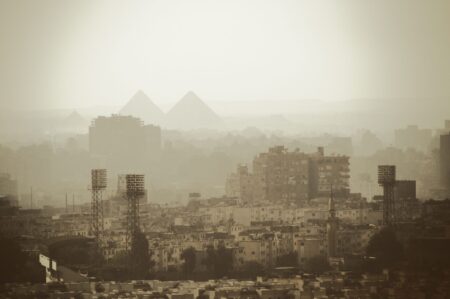 So. Here we are on the verge of another step into the unknown with this extraordinary piece of writing, which has moved and fascinated generations

for a hundred years.

My hope is that the approach we have taken will magnify the cultural and historical resonance of this work, refracting the light, and the darkness, that it sheds into the twenty-first century – and beyond. Because, ultimately, Eliot was always most interested in what seemed beyond our comprehension but which, of course, could only be found here – and within ourselves.”

Find out more and book now over on the event page. 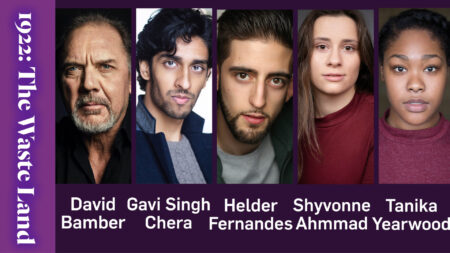