Splitting the functions previously performed by Littler, Stella Powell-Jones has been appointed as Jermyn Street Theatre’s new Artistic Director, whilst David Doyle steps into the role of Executive Producer. The pair will work alongside our co-founder and Executive Director, Penny Horner to form a management team of three to lead our theatre in an exciting new chapter. 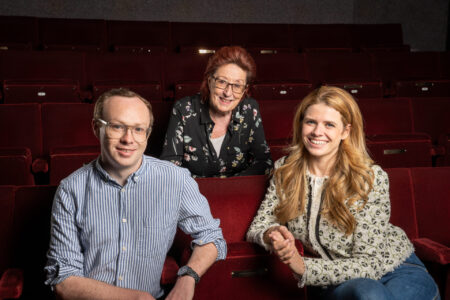 Doyle joined the theatre in 2021 as Resident Producer. He worked on the our reopening season and has produced a number of successful productions here including Samuel Beckett’s Footfalls & Rockaby, This Beautiful Future, and most recently the world premiere of Howard Brenton’s Cancelling Socrates. Prior to joining Jermyn Street Theatre, he worked at the Abbey Theatre, Ireland’s National Theatre, as part of the producing team. His work as a freelance producer has been seen across Ireland and the UK as well as throughout Europe and the USA. Doyle will take charge of the theatre’s creative producing and strategic development and will work alongside Powell-Jones in leading the theatre’s creative output.

Powell-Jones returns to Jermyn Street Theatre following her 2017-19 tenure as Deputy Director, and her recent critically acclaimed, Offie nominated production of Sarah Ruhl’s Orlando. Her previous work with us includes directing the European premiere of both Bathsheba Doran’s Parents Evening and Boo Killebrew’s The Play About My Dad , as well as new plays by Jenny Ayres, Emma Harding, Morna Young that responded to Noel Coward’s Tonight at 8:30, under the umbrella title, Tomorrow at Noon. Stella was previously based in the U.S. where she directed Samuel D. Hunter’s The Healing (Theatre Breaking Through Barriers, NYC), Bathsheba Doran’s The Mystery of Love and Sex (Signature Theatre, D.C.), Nick Jones’ Trevor – nominated for Best Director and Best Production, Ovation Awards (Circle X, Los Angeles) and Stephanie DiMaggio’s Levity (Warren Miller Performing Arts Centre, Big Sky, MT).  Powell-Jones will will take charge of programming and artistic development work here at Jermyn Street Theatre which will continue to stage a mix of rediscoveries, new work and classics. 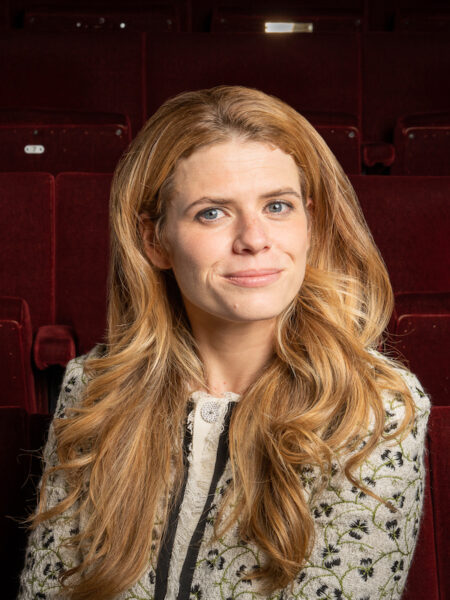 Stella Powell-Jones says – “Tom’s  transformation of Jermyn Street Theatre into a producing house is an extraordinary achievement. It is a huge honour to be returning to Jermyn Street Theatre to continue that work with David and Penny. JST will continue to produce outstanding new plays, rare revivals, new versions of European classics, and high-quality musicals. I’m excited to give more new voices the stage to make the classics their own and the space for their original stories to find their place. I’m enormously grateful to Philip and Christine Carne whose support through The Carne Trust made it possible for me to join JST as Deputy Director, back in 2017.” 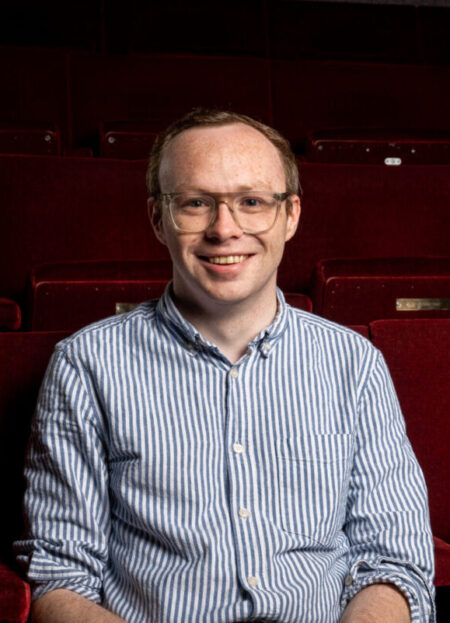 David Doyle says – “When Stella and I first worked together on Orlando, it was clear that  we shared an artistic vision to champion new and exciting creative voices to create bold work that challenges and entertains audiences in equal measure. I’m incredibly excited to be working with Stella on this new chapter in Jermyn Street Theatre’s history alongside Penny Horner and the wonderful staff at the theatre who make the venue such a unique space in the heart of the West End for artists and audiences.”

Executive Director Penny Horner on behalf of the board says –  “We are delighted to welcome David and Stella as Executive Producer and Artistic Director in an exciting new chapter for the organisation as we approach 30 years in the West End. Stella is an exceptional director who played a vital role in transforming our theatre into a producing house during her time as Deputy Director – we look forward to having her back in the building! It’s been a joy working with David over the past year as he supported us through reopening last year, and we’re thrilled that he will continue his brilliant work, helping shape our business strategy. They are an exceptional pairing, and I look forward to working closely with them both.”

Powell-Jones and Doyle will work alongside Littler over the coming months to programme the theatre’s 2023 spring season.

Tom Littler says – “Stella and David are a dream team to lead Jermyn Street Theatre’s next chapter. David’s impact on JST over the past year has been obvious to all – he is an exceptionally forward-thinking, compassionate, and creative producer. Stella, through her first tenure as Carne Deputy Director, is already responsible for many of the best things about JST – she’ll be a tremendous Artistic Director. I can’t wait to see what they accomplish together.”