“Entertaining, intelligent drama in the heart of the West End”

Jermyn Street Theatre is a unique theatre in the heart of the West End: a home to remarkable artists and plays, performed in the most intimate and welcoming of surroundings. World-class, household-name playwrights, directors and actors work here alongside people just taking their first steps in professional theatre. It is a crucible for multigenerational talent.
The programme includes outstanding new plays, rare revivals, new versions of European classics, and high-quality musicals, alongside one-off musical and literary events. We collaborate with theatres across the world, and our productions have transferred to the West End and Broadway. Recently, our pioneering online work and theatre-on-film has been enjoyed across the world.
We’ve premiered plays by Alice Allemano, Steven Berkoff, Howard Brenton, Sarah Daniels, Esther Freud, Peter Gill, Bryony Lavery, Chinonyerem Odimba, Juliet Gilkes Romero, Ruby Rae Spiegel, Timberlake Wertenbaker and countless others, and we’ve rediscovered work by writers including Samuel Beckett, Terence Rattigan, Lillian Hellman, Henrik Ibsen, Stephen Sondheim, Dorothy L. Sayers, Tenessee Williams and Noel Coward. Emerging talents mingle with the likes of Trevor Nunn, Sinead Cusack, Tuppence Middleton, David Threlfall, Jatinder Verma, Sian Phillips, Adjoa Andoh, Rosalie Craig, Eileen Atkins, and our Patron, Michael Gambon.
A registered charity No. 1186940, Jermyn Street Theatre was founded in 1994 with no core funding from government or the Arts Council. Since then, the theatre has survived and thrived thanks to a mixture of earned income from box office sales and the generous support of individual patrons and trusts and foundations. In 2017, we became a producing theatre, the smallest in London’s West End. Around 60% of our income comes from box office sales, and the rest in charitable support and private funding. To find out more, see Our Charity.

In 2021, we won the Stage Award for Fringe Theatre of the Year, the first theatre to win the award twice. Our support for theatre freelancers and our groundbreaking range of digital work also won a 2022 Critics’ Circle Award. Our Artistic and Executive Directors Tom Littler and Penny Horner are both listedin the Stage 100, and Tom won the 2022 OffWestEnd Award for Best Artistic Director. 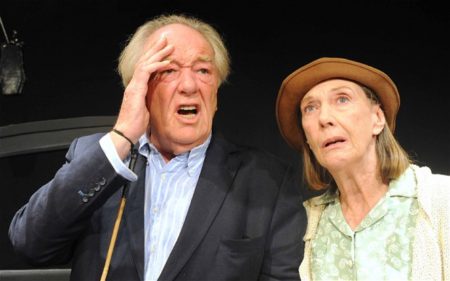 Michael Gambon & Eileen Atkins in All That Fall 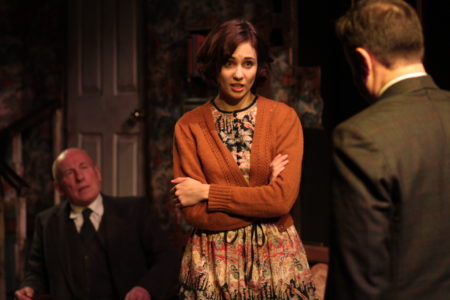 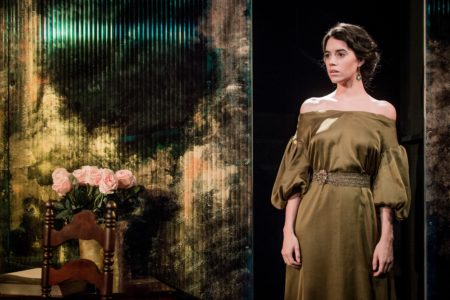 Gala Gordon in The Blinding Light 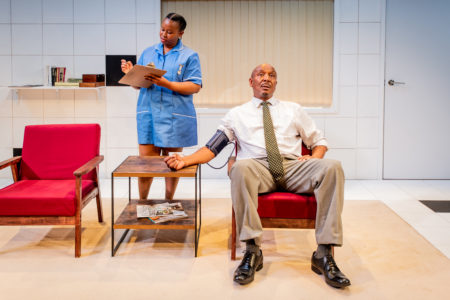